The Atheist and the Good Christian 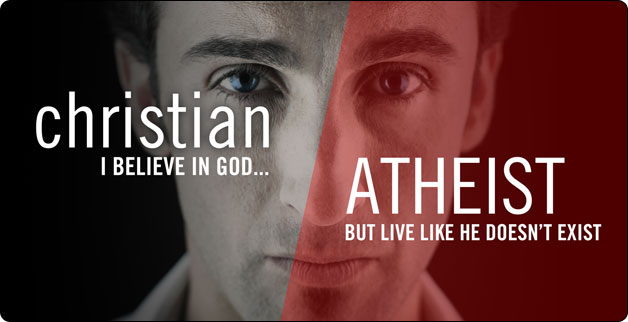 In recent decades atheists have seen a remarkable increase in the number of Americans joining their ranks—right along with an increase in antipathy towards the Christians that make up the religious right. And why not? Far too many far-right Christians have made transforming the United States into as close to a theocracy as possible their life’s mission.

“Reclaiming America for Christ!” is what some of their leaders have labeled this pipe-dream; insisting all the while that in the course of promoting their faith they would not   impose their religious views on others. Just who they think they’ve been fooling with their patently disingenuous rhetoric, however, is anyone’s guess.

This quasi-theocracy would, of course, be led by individuals with a built-in abhorrence of and contempt for atheists and other freethinkers; individuals whose only “crime” is one of unbelief; fellow Americans guilty of nothing more than harboring a reasoned difference of opinion  with those who believe in alleged supernatural creatures that not a one of them can prove even exist!

But we’ve been speaking in regards to an extremist minority up to this point. What about the ‘good’ Christian? What about the ‘love thy neighbor as thyself,’ Golden Rule-abiding friend, relative, or acquaintance that carry themselves in a manner we atheists often find downright “noble”; that stripe of Christian that is nearly as opposed to the religious right zealots as the non-believer? We atheists all know such individuals. More likely, several. What about them ?

Fact too is that despite our resounding differences of opinion, atheists respect, even admire, good Christians who do genuine good. The good Christian, we know, is possessed of grand character and a noble heart. But perhaps as equally important, a live-and-let-live spirit of amiability that is so vital to peaceful co-existence in a country filled with so many divergent beliefs as ours.

The Christian extremist, on the other hand, does this country no real good. Their brand of Christianity is a bane on our cultured, freedom-loving society. They need to learn how to actually live  the Golden Rule like the good Christians do, instead of just speak of it in the abstract, or apply it only  to Christians of their own persuasion. They need to learn to be more accepting of those who do not share their world-view. After all it’s their  world-view, not ours. We atheists live on this planet too.

Non-believers are an ever growing segment of American society. But just as important is the fact that we are every bit  as moral and ethical as the Christians – often more so! Ever wonder which world-view those overflowing our jails and prisons to beyond capacity tend to call their own? Go figure.

One thought on “The Atheist and the Good Christian”